Shareware Heroes: The renegades who redefined gaming at the dawn of the internet

A really awesome book about cool people and things. 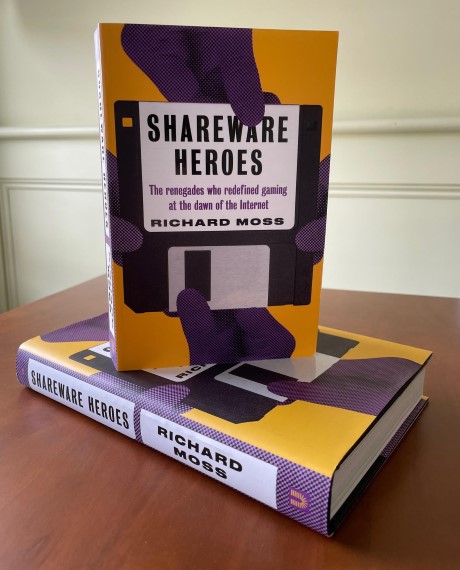 From the author of The Secret History of Mac Gaming, Shareware Heroes tells the story of the developers and games from the 1980s and 90s that dared to be different — relying not on flashy marketing but rather on making great games that speak for themselves, and that were distributed across the nascent internet for anyone to enjoy (and, if they liked it enough, pay for).

Written by Richard Moss. Made possible by 970 crowdfunding backers. Published by Unbound.

Out now in the UK, US, and Canada.

Shareware Heroes takes readers on a journey through a critical yet long overlooked chapter in video game history: the rise and eventual fall of the shareware model.

As commercial game distribution professionalised in the 1980s, independent creators with scant resources or contacts were squeezed out of the market. But not entirely. New technologies and distribution concepts were creating a hidden games publishing market – one that operated by different rules and that, at least for the first several years, had no powerful giants.

It was a land of opportunity and promise, and a glimpse of the digital-first future. This is the story of the games and developers who relied on nascent networking technologies combined with word-of-mouth marketing in an era before social media.

Building on deep archival research and featuring interviews with creators, developers and other heroes of the shareware age, Richard Moss – author of The Secret History of Mac Gaming – once again brings to light a forgotten but all too important era of game development.

Published 18 August 2022 in the UK and 10 January 2023 in the US and Canada. Available in paperback and digital editions via all good bookshops, with a hardback version exclusive to direct sales from unbound.com/books/shareware-heroes. 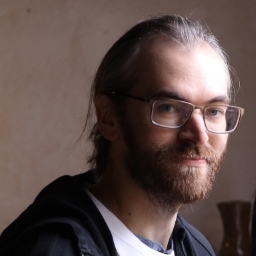 Richard Moss is an award-winning journalist, writer, and historian based in Melbourne, Australia. He has written for more than 30 games, technology, and science publications, including Ars Technica, Edge, EGM, Game Developer, Hyper, Mac|Life, PC Gamer, Polygon, Rock Paper Shotgun, and Vice Motherboard. His specialties are long-form reporting on the future and the past of technology and in-depth looks at niches within the games community.

Richard's first book, The Secret History of Mac Gaming, is rated 4.27 on Goodreads and was called a "fascinating read" by Retro Gamer Magazine as well as "a great book" by Myst co-creator Robyn Miller and "packed with info" by MacFormat. It is now available in an Expanded Edition from Bitmap Books.

Richard is also co-writer and producer on CREATORVC's upcoming documentary FPS: First Person Shooter, and he creates the narrative podcasts Ludiphilia and The Life & Times of Video Games.

You can find him on Twitter @MossRC and on the Fediverse (Mastodon, Pleroma et al) @mossrc@social.mossrc.me.

(While you wait, you can play with the Classic Mac-themed website for my other book.)